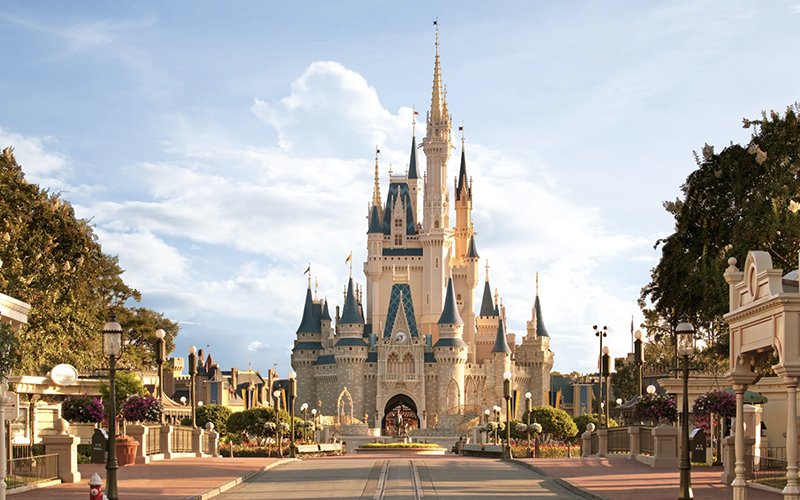 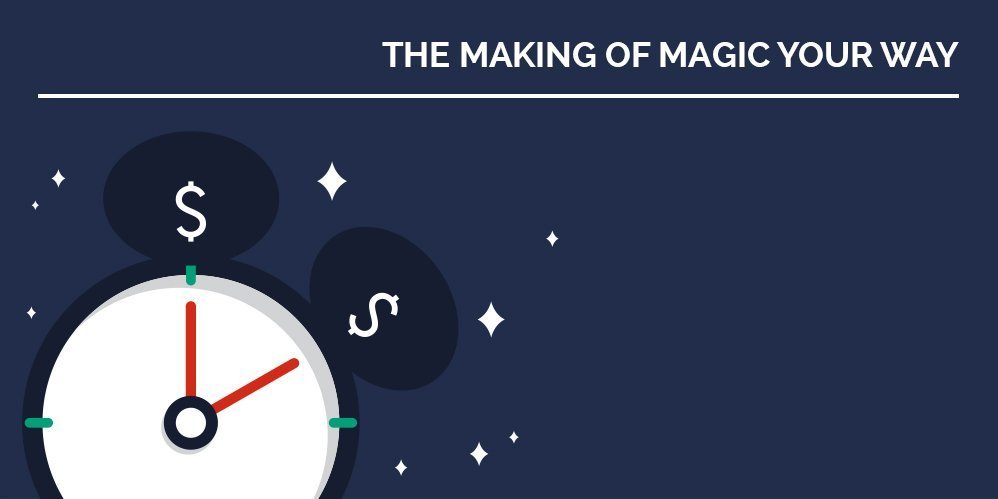 The Making of Magic Your Way – “Disney’s Brilliant Price Hike”

Faced with the challenge of making a week-long vacation at Walt Disney World more affordable and maintaining share in an increasingly competitive theme park market, the principals of Integrated Insight, Inc. designed, developed, and implemented Magic Your Way, the most sweeping change in revenue strategy in Walt Disney Company history. The holistic strategy pulled guests into optimal behavior with the ability to customize their vacation, leveraging the strategic application of non-core assets (such as airport to hotel transportation and food and beverage packages) to improve the guest experience and capture higher spend. With the launch of the new strategy, the cost of an all-inclusive seven night, eight day vacation with meals and transportation was reduced by 36%, enabling many young families to take the vacation they had only dreamed of previously. Dubbed “Disney’s Brilliant Price Hike” by analysts, overwhelming consumer response drove a 20% increase in annual operating income in year one, with year after year revenue gains in high single digits.

Prior to introducing Magic Your Way, Walt Disney World guests had limited ticket options. Disney resort guests were sold tickets packaged with their room, good from day of check-in to check-out and fully loaded with water park admission and the ability to hop from park to park in a single day. Resort guest tickets were valued similarly to tickets purchased at the gate, but expired at the end of the guest’s stay versus holding their value for future visits. The forced expiration, coupled with features and benefits some did not desire, resulted in inferior value for arguably Disney’s best guests. For guests choosing to stay elsewhere, ticket options were limited. Guests could either buy multiple, one day passes, or a 4, 5, 6 or 7 day ticket. All multi-day tickets came with park hopping and 6 and 7 day tickets included water parks. There was little monetary incentive to buy more days, but unused days did not expire. As a result, the unauthorized resell market was booming, selling the most desired ticket combination – 2 and 3 day passes – that Disney would not sell.

Prior to Magic Your Way, all inclusive meal plans for resort guests were offered close to retail prices and included add-on features with limited appeal, resulting in extremely low penetration. And while Disney provided great on-site transportation, guests who flew needed to pay for a cab or shuttle to the resort, or rent a car that went virtually unused the rest of the week. While aggressive price increases had been realized for a decade preceding Magic Your Way, research indicated some consumers were being priced out of the market, and significant hotel discounts, shorter length of stays and lower occupancy were eroding profits.

The holistic Magic Your Way strategy was designed to address the consumer’s desire to customize the vacation that best fit their need, provide strong value for price paid, and pull guests into behavior that optimized Disney’s own value proposition. The most profitable guests stayed in Disney resorts, spent a full week (or more) at the resort and seldom left the Disney complex for other entertainment. To induce longer length of stay, diminishing marginal prices were implemented on tickets, significantly so for four plus day admissions, and made available to both Disney hotel and non-hotel guests. Further, consumers could now purchase the coveted two and three day tickets. The “base”, no frills ticket provided an excellent cost per day, less than $29 on a 7-day ticket, or half the price of a one day. To minimize the revenue risk on longer duration tickets, a $5 or 9% increase was taken on the one day ticket. Tourists opting for one day tickets were generally on shorter length of stay vacations and less price sensitive, but the significant one-day price hike was still a risk. 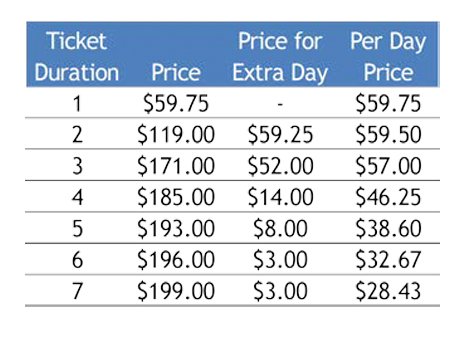 In addition, water park admission and park hopping features could be added to any ticket duration and provided significantly lower pricing the more days purchased. If added to a seven day theme park ticket, guests could also visit the water park every day for just five dollars per day. Similarly, the longer the ticket duration, the more valuable park hopping became, enabling guests to move freely from park to park throughout their stay.

Other new products and services encouraged guests to stay in Disney resorts, reducing the need for discounts to drive demand. “Disney Dine Plans” that represented a 40% discount on retail prices were offered to resort guests only, provided the plan was purchased for all nights of the guest stay. “Extra Magic Hours” were implemented – at no charge – to give resort guests additional theme park privileges. Every day, one of the four theme parks would open an hour early just for guests staying in a Walt Disney World resort, and every evening, one of the four theme parks would stay open three hours later. An added benefit was a more optimal spread of demand, with fewer guests in the theme park during the peak afternoon period and stronger utilization of hotel restaurants during the lunch hour. Finally, "Disney's Magical Express" was implemented to provide free round-trip bus transportation for guests and their luggage, from Orlando International Airport to their Disney resort. This tangible savings made staying on-property an easy decision. 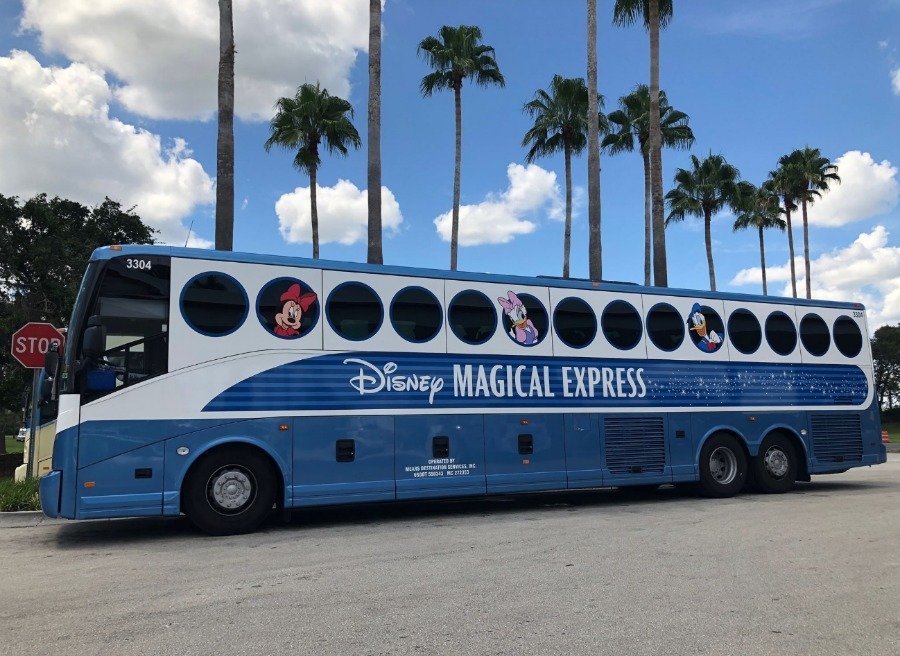 The holistic Magic Your Way strategy was a win for guests in many ways. Not only did they now have choice to plan the vacation that best fit their need, but the price of a Disney vacation plummeted. Comparing a seven-night, eight-day vacation in a Disney value resort pre and post Magic Your Way showed a 36% reduction in price. Families that previously could not afford a stay in a Disney hotel or could not afford the vacation itself were now flocking to Orlando and spending their entire stay with Disney.

For Disney, a 20% increase in net income in year one confirmed the value of marrying consumer insight with strong decision analytics to find solutions that spoke to both the consumer’s value proposition and that of the company. The strategy is still in place today, having delivered consistently strong results year over year, but it also highlighted the importance of organizational alignment and willingness to take calculated risk to achieve transformational change.

A few factors were most critical to the success of Magic Your Way, starting with consumer research and insights. As with any strategy, it is imperative to understand the motivations and barriers among core consumer markets. For Disney, a strong brand, consistently exceptional service and attention to detail in every story-based attraction and show developed, has made it a “must see” experience for many families. Motivation comes naturally, and seeing your child light up at the sight of Mickey is priceless, but a week of theme parks can be an expensive endeavor. Compounding the expense are competing priorities. The best time for Disney is when children are young, but that is also when families are paying off college loans, building homes, and incurring the expense associated with raising children. It needed to be an affordable vacation now, not sometime later.

Understanding the value proposition was next. Not just the value proposition for the business, but the guest as well. For guests, time with family, magical moments and just the amount of attractions, entertainment and character interactions contained in a day long visit speak to value. The pricing power is in the parks but the fantasy and emotional drivers of value carry over to the Disney resorts, specialty dining and merchandise as well. Disney guests are buying memories and magic no matter what the product or service may be.

For Disney, the closer and longer guests stay, the more profitable they will be. The value proposition for Disney is to capture not only theme park visits, but hotels stays, food and beverage spending and purchases of souvenirs and other merchandise. Thus the introduction of Disney’s Magical Express, given the more captive the audience, the better. From Disney’s perspective, giving away an enticing transportation option would more than pay for itself in improved occupancy and spending. From a guest perspective, it represented true savings.

Implementing transformational strategies typically impact many areas of the business and such was the case for Magic Your Way. Breaking down organizational barriers and aligning the company around the transformation is a critical factor for success. IT was tasked with re-designing ticketing systems, introducing biometrics for every ticket purchase, enabling the selling of new dine plans and packages, and tracking millions of bags for arriving and departing guests. Operations were impacted on every front from theme park hours to new and popular dine plans in fast food and sit down restaurants, to an entirely new luggage handling facility and hundreds of buses a day arriving with multiple families ready to check-in – and expecting their bags to be in their room.

What on the surface appeared to be a complex strategy had to be marketed to guests in a clear, concise and compelling way, quite different from the emotional and attraction based efforts typically produced by Marketing. Likewise, thousands of internal sales reservationists and travel trade partners had to be trained on the new strategy. And while not intuitive, back of house operations were impacted as well. Extra theme park hours meant maintenance schedules would need to be redone, and with stronger demand in restaurants and resorts, purchasing and housekeeping were affected as well.

The organizational alignment probably most impactful was the ability to price holistically – to use all products and services to fashion the most profitable strategy. While responsibility for pricing tickets, hotel rooms, merchandise, food and beverage, and ancillary products and services were previously scattered throughout the organization, post Magic Your Way, all were housed in one cohesive Pricing and Revenue Management organization. No longer beholden to independent profit and loss statements, the Pricing organization was now able to price where guests placed value and maintain reasonable pricing or offer free services where it strategically made sense to do so.

Finally, having the courage to take calculated risk was the key to the successful implementation of Magic Your Way. Like many other strategies, this one was hard to test in real time without going all the way. While research and due diligence on the analytics indicated the strategy would be a success, it was easy to become skeptical and leery of such a large scale change. But significant reward is often the by-product of significant risk and Magic Your Way was no exception. Step changes in business usually require more than just a little tweaking and aversion to risk can easily dilute a strategy and its upside potential.

Having courage to execute when the risk is calculated and clear is often what keeps some of the best innovation from being realized. Leaders want assurance the risk being taken will pay off, and pay off handsomely. Embracing research, approaching analysis with rigor, and leveraging the most skeptical of skeptics to find the holes will help ensure success. All that’s left is a little courage.

How Can We Help?

Schedule a free consultation to discuss your business needs.

Walt Disney Parks and Resorts are renowned for guest service. While still employed by Disney, the Integrated Insight team carried  responsibility for identifying and proving the business case for customer service, resulting in millions of dollars of re-investment in service enhancements, training and leadership development as the company engaged In a “Back to the Basics” …

Founding Integrated Insight partner, Joni Newkirk, led the Walt Disney World team that created the “Operation Command Center,” a team of industrial engineers tasked with improving the guest experience by tightening up operations and managing guest flow. The command center could spot issues before gridlock occurred. Ongoing monitoring and implementation of countermeasures enabled the Industrial Engineering team to identify enough throughput efficiency to improve average rides per visitor, and save the resort from having to immediately invest in another multi-million dollar ride to increase capacity.