Who We Are > Our Team

At our core, we’re problem solvers. We love figuring out better ways to do things. And we thrive on adding significant value to clients who let us into their world to help. We are relentless when it comes to finding solutions to the most difficult challenges. 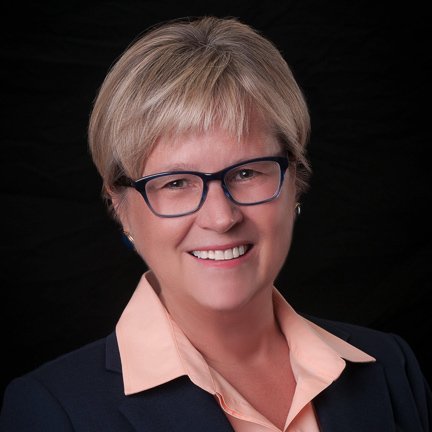 Joni Newkirk is a leading expert in the performance dynamics of consumer facing service industries, and a thought leader in the development of successful business strategies. She has over thirty years of experience leading multi-faceted organizations and managing large scale projects and excels in finding viable solutions to complex situations.

Prior to founding Integrated Insight, Joni spent 20 years with Walt Disney Parks and Resorts, rising to the position of Senior Vice President of Business Insight and Improvement where she was responsible for managing and driving over $8 billion in revenue for worldwide theme parks and resorts, Disney Cruise Line, Disney Vacation Club and Adventures by Disney.  She oversaw industry leading decision analytics and consumer insight practices within the areas of Market Research and Consumer Insights, Forecasting, Pricing, Revenue and Profit Management, and Industrial Engineering, helping lead the Parks and Resorts division to record revenue growth year after year.

During her tenure at Disney, Joni led key initiatives for new product development, operational improvement and revenue growth within existing businesses and for new development.  Included were “Magic Your Way” , “Back to the Basics”, and Disney’s Operational Command Center, as well as growth initiatives for theme parks, adventure tours and cruise line operations. 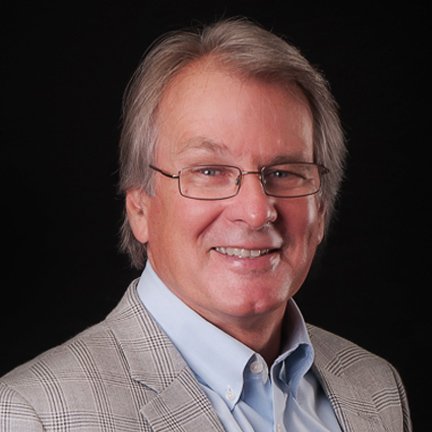 Prior to Integrated Insight, Scott was Vice President of Pricing for Walt Disney Parks and Resorts where he oversaw all pricing efforts worldwide inclusive of theme park and water park admissions, room rate, transportation, merchandise, food and beverage and many ancillary products and services such as Adventures By Disney and Disney’s Wide World of Sports. In his 20 years at Disney, Scott also led efforts for Marketing Finance where he was responsible for all long term planning, budgeting, financial analysis and financial control processes supporting multiple business units, including a $1.2B travel company, a $4M internal marketing agency, an $800M group and convention business and a 2000 agent call center.

In 2005, under Scott’s leadership, Walt Disney World undertook it’s most sweeping and successful change in pricing strategy in over 30 years, “Magic Your Way”. During his tenure at Disney, Scott also provided strategic leadership and direction for “Destination Disney”, a $250M strategic technology investment that changed how the company markets, sells, and prices products.

Prior to Disney, Scott worked for John Q Hammonds Industries, responsible for a $150M asset portfolio that included “Broadway at the Beach”, a substantial Retail Entertainment development in Myrtle Beach, South Carolina.  He also planned and facilitated retail expansion for Bass Pro Shops.  Scott is a US Army Veteran and holds a BA in Business in the University of Central Florida. 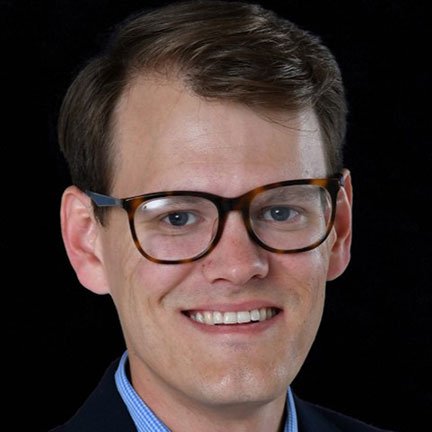 Stephen Davis brings a strong background in economics, forecasting, feasibility and pricing to the team, delivering insightful and prescriptive strategies that are sustainable over time.

Prior to joining Integrated Insight, Stephen was responsible for Food and Beverage Revenue Forecasting at Walt Disney Parks and Resorts where he produced actionable forecasts for weekly food and beverage spending, identifying guest behavior changes impacting the business and areas of opportunity for incremental revenue. Prior, Stephen was a member of the Resorts Forecasting team primarily focused on occupancy and ADR forecasts for three Disneyland hotels, and providing insights that helped optimize the incremental value of promotional offers. Before joining the Walt Disney Company, Stephen provided analytical support for sales forecasting and business planning at AM/NS Calvert, a joint venture of two of the world’s largest steel conglomerates. In this position, he also played an integral role in the transitioning of ThyssenKrupp Steel USA to AM/NS after the purchase of the facility.

Stephen has a BS, Commerce and Business Administration and a MS, Economics, both from the University of Alabama. Jennifer Adams is an expert in market research and economic forecasting. She drives maximum business value through strategic planning, advanced analytics and a deep understanding of micro and macro-economic trends.

Prior to joining Integrated Insight, Jennifer was a Senior Manager for Economic Forecasting and Initiative Measurement for Walt Disney Parks and Resorts where she led the assessment of new attractions, technology investments, pricing and promotions, and economic and competitive changes. Included were the Disney’s California 5-year expansion ($15B), MyMagic+ technology 5-year investment ($2.3B), Universal Orlando’s competitive Wizarding World of Harry Potter, and other off-property development projects. During her tenure, Jennifer also had responsibility for Forecasting Segment Consolidation where she directed the process and reported to senior executive leadership on a $15B annual budget for theme parks, hotels, food and beverage, and retail revenue.

Prior to Forecasting, Jennifer was part of the Market Research team at Disney, conducting research among both current guests and prospects. Projects included the assessment of new initiatives and accommodations using multivariate analysis including regression, cluster, factor and discrete choice /CHAID analysis.

Jennifer has a BBA in Business, Economics and Public Policy from George Washington University and a MA and PhD in Economics from the University of Florida. Susan has a BS and MS in Management Science & Engineering from Stanford University. 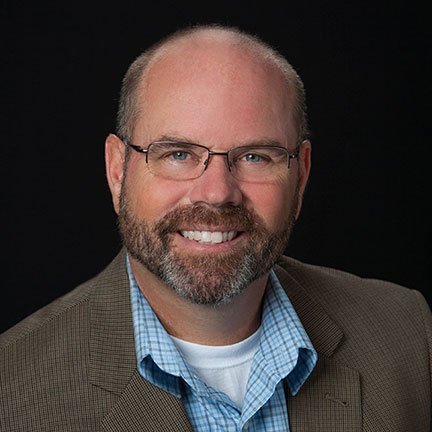 Terry Dolan is an expert in market research operations, specializing in all aspects of fielding quantitative and qualitative studies, data coding, and the technology hardware and software required to support the data collection process.

Prior to joining Integrated Insight, Terry was the Manager of Consumer Insight Operations at Walt Disney Parks and Resorts for over 30 years, where he oversaw the Field Operations team, a group dedicated to sharing the common vision of being the “voice of the guest.” Also during his time at Disney, Terry was responsible for helping to implement several technological advancements including in-sourcing online research as well as leveraging mobile platforms to enable more real-time feedback.

Terry holds a BS in Business from Florida Southern College and is a certified RIVA trained moderator. 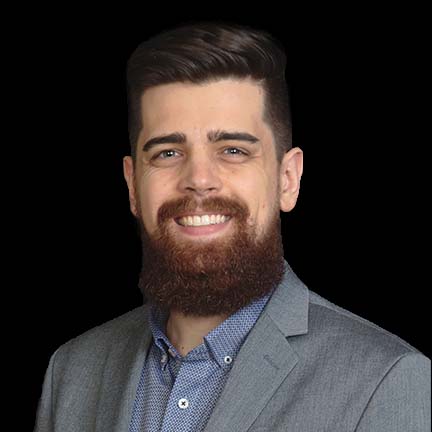 Prior to joining Integrated Insight, Ryan worked as a Senior Consultant at Deloitte where he oversaw the menu pricing of over 350 items at 1,000 quick service restaurants for a major international fast food brand. He also managed relationships with over 120 individual franchises, assessing tactical pricing strategies that focused on revenue growth without risking hard-earned volume. Additionally, Ryan served as a subject matter expert in data transformation and infrastructure for the broader franchise pricing project.

Prior to his tenure at Deloitte, Ryan worked in the Walt Disney Parks & Resorts Revenue Management and Analytics department. In this role he executed weekly, monthly, quarterly, and annual reports on global revenue performance for all Disney Parks offerings on the Forecasting Reporting team. Ryan also completed a professional internship for Disney Cruise Line’s Revenue Management team and Walt Disney World’s Food and Beverage Pricing team, where he evaluated the impact of incremental revenue on business development projects.

Ryan has a BS in Hospitality Administration with a focus on Corporate Food and Beverage Management from Cornell University’s School of Hotel Administration. 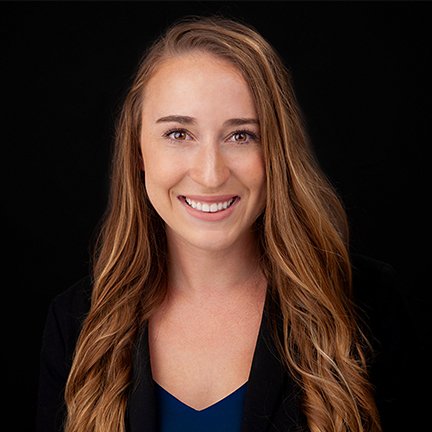 Jessica Dreiling, Manager, brings expertise in marketing and sales strategy, data analytics, and revenue optimization. With a consumer-first mentality, Jessica assesses the strength of each brand, value proposition, and product mix for an organization to increase market penetration and consumer loyalty.

Prior to Integrated Insight, Jessica worked as Marketing Manager at ICON Park where she created an integrated marketing and sales plan founded on consumer research that increased attendance and national awareness for the complex. Jessica also led the marketing department to develop marketing messages and compelling content that doubled website visitors and eCommerce conversion. Before her tenure at ICON Park, Jessica worked at The Walt Disney Company in Partnership Marketing, where she executed international campaigns from ideation to completion including work on Walt Disney Parks and Resorts, Disney Animation Studios, Southwest Airlines, ABC, Wheel of Fortune, and Freeform.

Jessica graduated from Grand Canyon University with BS in Marketing, Economics, and Finance. 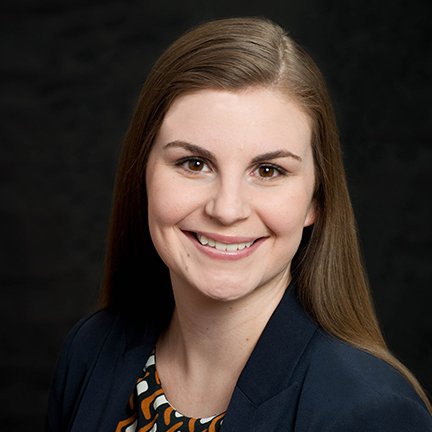 Prior to joining Integrated Insight, Alexis had many internships and years of research experience in both the healthcare and manufacturing industries. Prior projects included the study of operational efficiencies in the operating room at the Medical University of South Carolina and Prisma Health and simulation models to identify bottlenecks and areas of improvement for factory throughput for Samsung. She also completed internships at Walt Disney World Industrial Engineering, Southwest Airlines, Bosch Rexroth, and Design Interactive focusing on inventory management, dashboard creation, database programming, and back of house capacity analyses. 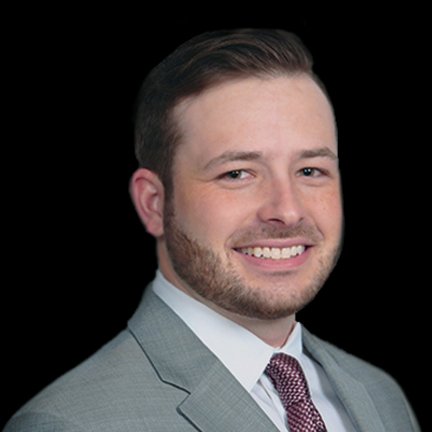 Andrew Poirier, Senior Analyst, specializes in financial analysis, feasibility, and pricing strategy. Andrew is able to gather, analyze, and draw conclusions from data sets and help partners make decisions to optimize business. With a background in economics and entrepreneurship, Andrew contributes a comprehensive understanding of business development and demand forecasting.

Andrew graduated from Florida State University with a BS in Economics and Entrepreneurship. Most recently, Julia was a Graduate Student Researcher with Merck, specializing in women’s health and reproductive issues. Prior, Julia worked at the Laboratory for the Study of Social Interaction at the University of Georgia, conducting experimental research on the use of infrared cameras to capture emotion and better understand human interactions. she has also worked for SERVPRO of Atlanta where she analyzed key web metrics and with Talking Dog Agency, the University of Georgia’s full-service, student-run, in-house ad agency, conducting research for both local and national clients with an emphasis on Gen Z consumers. 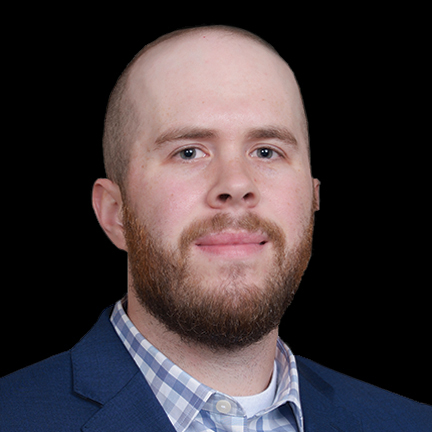 Luke Lafferty, Analyst, focuses on market research and consumer insights.
Prior to joining Integrated Insight, Luke had experience in project management for a leading IT solutions company, as well as in research consulting for both national and statewide non-profit organizations.
Previous projects included a large-scale program evaluation for a nationwide financial literacy course and comprehensive organizational evaluations to aid with succession planning and workplace productivity optimization. With a background in data analytics, research design, and client-facing project management, Luke consistently provides data-driven conclusions and recommendations specifically tailored to each client’s needs.
Luke has a BA in Psychology from the University of Maryland and a MPS in Industrial-Organizational Psychology from the University of Maryland, Baltimore County. Before joining Integrated Insight, Aimen worked as a Graduate Teaching Assistant at Rutgers University, where he designed simulation models of assembly lines, warehouses, call centers, and cafés to optimize machine utilization, process flows, and identify bottlenecks and areas of improvement.

Aimen also has experience in the manufacturing industry. He worked as a manufacturing engineering intern at Larsen & Toubro Ltd., where he dealt with technical analysis, product design & material utilization, production planning & control, and execution of types of equipment.

How Can We Help?

Schedule a free consultation to discuss your business needs.